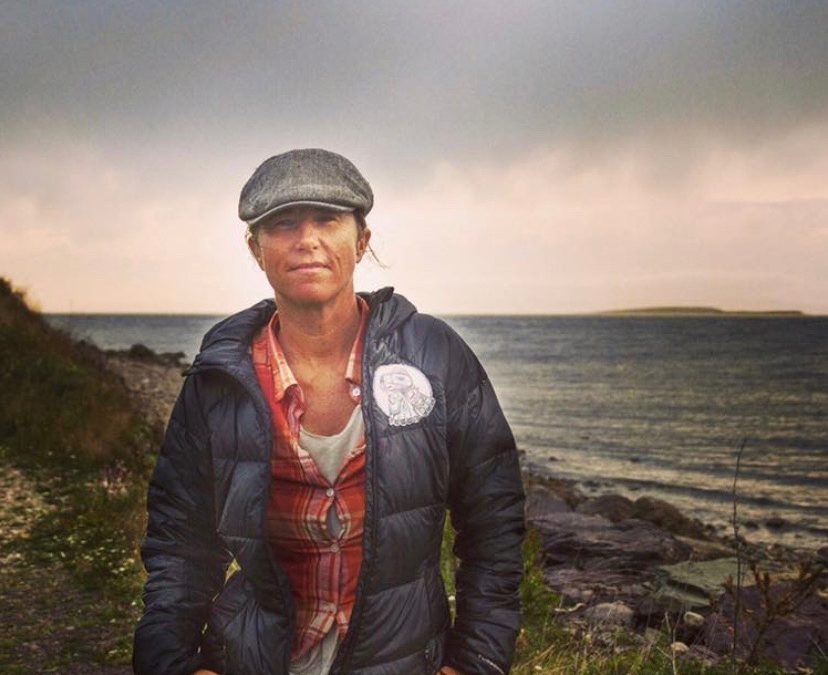 500 Days in the Wild is a feature documentary about an artist’s journey to look for lost wisdom on the world’s longest trail. A story that calls us back to a place of reverence for the earth.

At 50, filmmaker Dianne Whelan found herself at a crossroads, the world no longer making sense. Whales found dead on beaches with bellies full of car parts, fish contaminated with mercury; for all the benefits of our modern society, so much has been lost.

“I suppose you could say I am having a crisis of faith.  Not to any religion governed by man but in that intangible thing we call the human spirit. “ –dianne whelan-

Dianne is no stranger to shooting indie films in extreme locations. She’s filmed on Mt. Everest for 40 Days at Base Camp and on the most northern coastline of Canada for This Land.

But she has always been the observer, not the subject, of her award-winning documentaries. Now she is on a 5.5-year journey attempting to finish the trail while simultaneously filming a documentary about the experience. No one has yet completed this epic journey that Dianne is undertaking, traveling by foot, bike, canoe and snow shoe.

“In this story, the trail is a metaphor; an umbilical cord that connects us all. For all our differences, what links us is this land.”

The 15,000-mile Great Trail stretches across the continent of North America, once called Turtle Island, and connects three oceans: the Atlantic, the Arctic and the Pacific. Dianne has endured (and filmed) extreme weather, raging forest fires, aggressive bears and now the COVID -19 virus has just stepped up into a world pandemic.

The feature doc culled from hundreds of hours of shooting will be a weave of adventure film, personal reflections and stunning captures of wildlife and landscapes. The people she encounters are indigenous elders she pays her respects to along the way, friends who occasionally join her on the trail and locals in the communities she passes through.

This is an ecological pilgrimage to honor the land, the water, our ancestors, and search for the wisdom needed to protect the earth for future generations.

Act III and year five has just begun.  And so has the COVID-19 pandemic. As of March 2020, Dianne is on the final 2500-mile hike to the trails end and her home in British Columbia.  The wild and uninhabited land governed by nature, once considered a dangerous place to be alone, is ironically now one of the safest.

At first glance 500 Days is a familiar story – the artist dropping out of society and reconnecting to nature – but it is also a new story, a realization that we will not survive traveling solo. 500 Days in the Wild challenges us to revisit our past, our connection to the land and its people, to find our inclusive story that will carry us into the future.